Original Video Productions for Central Wisconsin and Beyond!

"When I was five, my brother shot a Super-8 movie for an English assignment. With the camera secured on a tripod, he filmed me running to an oak tree and hiding behind it. Then he shut off the camera and waved me out of the shot. He repeated this strange process with every available friend or family member. A few weeks later, when the film came back from the photo lab, I saw it projected. Just like magic, one by one, we vanished behind that tree! His simple trick (starting and stopping the camera) teleported us across space and time. That's when I learned the power of the cut, and the magic of filmmaking. I was hooked! For over fifteen years now at WinterSpring, I've helped professionals & individuals tell their story with video. As an artist, my intuitive approach to Video Production focuses on imagination and originality. But most importantly, from start to finish, the process and the result should be exciting and fun! Happy Storytelling."
-Dan Smith 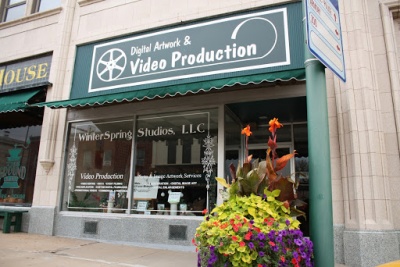